It is on the Loire Estuary that the breakthrough innovations and industrial operations in the area of marine renewable energy (MRE) are taking shape.

The Leading Port in France for Marine Renewable Energy

France’s first ever offshore wind turbine was built in Saint Nazaire. Fitted with a foundation designed by Ideol Group, the Floatgen 2MW floating wind turbine is now sited at a nearby location, in the Sem-Rev sea trial zone. The MRE industry is also deeply rooted in the local industrial fabric. In Saint Nazaire, the Chantiers de l’Atlantique Shipyard has achieved a resounding success in its efforts to diversify its activities by producing electrical substations, for which the Shipyard has secured numerous contracts in Europe. At Montoir de Bretagne, the GE Renewable Energy factory has been installed since 2014 at a location alongside quay. The Company now ranks among the leading players in Europe for the assembly of offshore wind turbines, with the bestselling Haliade 150 and Haliade X series dominating the market in Germany and in the United Kingdom, in Asia and in the USA… and henceforth in France, with the Saint Nazaire offshore wind farm set to be the first to come into service in France in 2022.

Nantes ‒ Saint Nazaire Port provides close support in terms of the requirements and prospects of this sector of activity, notably working alongside local industrial players. In this way, as of 2021 the components for the future Saint Nazaire offshore wind farm will be received in the Saint Nazaire port area on a 12-hectare site, which has been specially redeveloped and prepared to accommodate the pre-assembly of the 80 wind turbines that will comprise that wind farm. 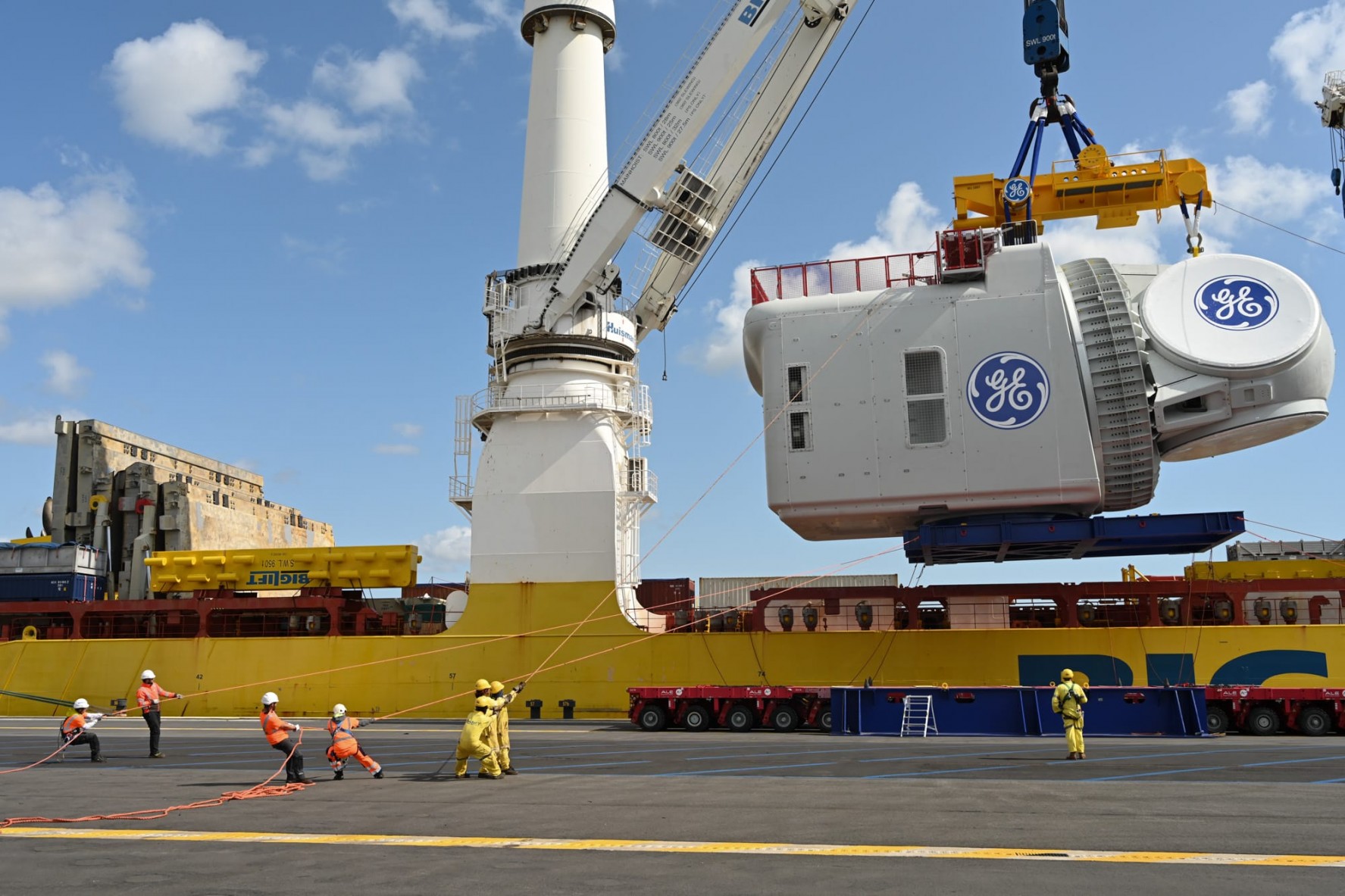 Port infrastructures and services suited to the MRE sector

Becoming the Leading Port for Hydrogen on France’s Atlantic Seaboarde

Nantes ‒ Saint Nazaire Port is focussing as of now on the energy sources of tomorrow. Benefitting from the strong impetus driven by the National Hydrogen Plan, hydrogen is set to play an increasingly important role in France’s energy mix. The Port Authority has recently issued a call for proposals to examine the deployment scenarios for the hydrogen sector in its port-based eco-system, with the ambition of making Nantes ‒ Saint Nazaire the leading port for hydrogen on France’s Atlantic Seaboard. The eventual aim would be to establish an H2 hub with international connections, by relying on and complementing the Regional Community’s existing know-how, infrastructures and activities. This initiative is integral to the road map drawn up by the Pays de la Loire Regional Authority, which received the "Hydrogen Communities" label in 2016. The Regional Authority is strengthening its support for the hydrogen sector by adopting a regional plan that is backed by a financial aid package amounting to 100 million euros by 2030.

Do you want to obtain information about the energy sector?